Spoke - The Radial Repeater Script for After Effects

The Spoke script creates a radial After Effects repeater for any layer.

Simply select the number of copies you'd like to make, and hit go! Spoke will repeat the chosen layer by creating the required number of duplicates, and arrange them in a circle for you.

With the Spoke After Effects repeater you have the power to produce stunning circular designs and patterns.

Save 25% when bought as part of a bundle:

The Complete Script Bundle for After Effects 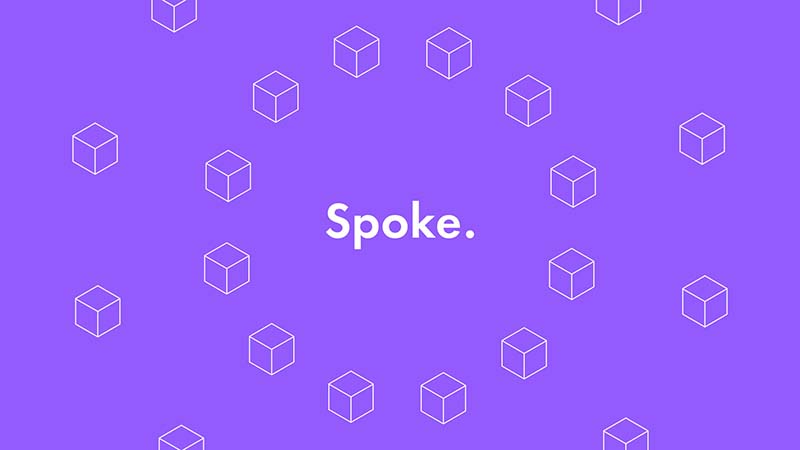 A layer repeater for After Effects

The Spoke After Effects repeater allows you to duplicate and repeat any layer, not just shape layers, around a circle in After Effects. It's the circular layer repeater After Effects has been calling out for.

Select any After Effects layer you'd like to repeat, choose the number of copies you need, and hit go!

The Spoke After Effects script will create the specified number of copies and arrange them in a circle pattern relative to the original layer - this means when you change the position of the original layer, the other layers will automatically update to stay in a circle.

The Spoke script also adds a centre point null which allows you to dynamically change the position of the centre of the circle.

Link or Unlink the values

Spoke also has an option to either link or unlink the rotation, opacity, anchor point, and scale values to the original layer depending on what you'd like to create.

Linking the values means that each duplicate will look exactly like the original, whereas leaving the values unlinked allows you to customise each copy individually.

Experiment with linking and unlinking the values to produce different results!

Don't need a full circle? No problem! Spoke creates a dynamic control which allows you to change the angle of the offset after the layers have been duplicated.

Spoke also adds an option to rotate each copy to face the centre point on the fly, keeping things focused inwards!

Spoke - The Radial Layer Repeater for After Effects

Browse our other After Effects scripts, templates, and presets:

Take a look at some of our other After Effects products on offer, or check out our business resources for motion designers section for a collection of items to help improve your animation and motion design business.

Can't find what you're looking for, or need something completely custom? Just send us an email here.